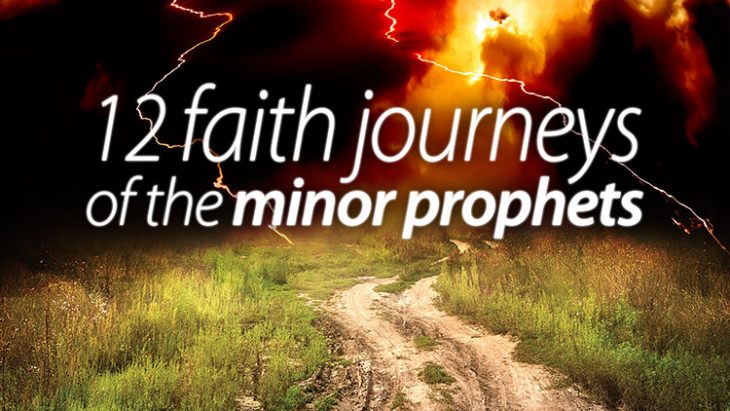 Modern-day Israel is now miraculously 70 years old! But, did you know that Israel has already experienced another miraculous 70? From the destruction of their Temple by the Babylonians in 586 BC to a remnant’s first return under Zerubbabel was 50 years. Another 20 years elapsed before the Jews finished rebuilding their Temple in 516 BC, making a total of 70 years between the two Temples. In reverse parallel, Israel was re-reborn in 1948, recaptured Jerusalem nearly 20 years later, and some 50 years after that has reached its 70th birthday.

Because Israel has fulfilled not just one but two miraculous returns from exile and reached two stunning 70s, I cannot help but wonder what a monumental year this will be for Israel prophetically. Something major must happen soon, for all the splendor Israel has achieved in its rebirth, I cannot help but look at the Israel of today as a mere mustard seed yet to sprout the future glory God has in store for this covenant nation.

God blessed the prophet Zechariah with significant glimpses into a great and glorious future for His People Israel. That far, far distant future would revolve around one key event — the coming of the Messiah. When the Savior comes, “the Lord shall be King over all the earth” (Zechariah 14:9).

Zechariah’s mission was to energize the defeated exiles who struggled against insurmountable obstacles within and without, much like today’s nation. Zechariah probably looked around at the tumbled down ruins of Jerusalem which surrounded him and wondered when God would restore her to her former glory. But, God wasn’t interested in the city’s former glory, for He instead shared with Zechariah an epiphany about its future glory.

That future depends on a people who obey God not just externally, but from the heart. If Jerusalem is to be that great and shining capital city over the world, obedience towards God must be the defining characteristic. When the people obtain the right kind of heart, God will then unleash His splendor upon His city and its people.

Zechariah gazed past the ruins to behold a distant future when Jerusalem will be shining in full glory. Yahweh will return with great zeal to His city (Zechariah 2:10). Jerusalem will be renamed “The City of Truth” (Zechariah 8:3). Not a tiny remnant, but a great throng of believing Jews, both young and old, will be regathered from around the world. Truth and righteousness will define its peoples. Peace will be its eternal condition. The once despised and defeated Jew will become the new global celebrity (Zechariah 8:23).

Jesus desires to fulfill His promises to the Jewish people, if only they would embrace Him as Messiah. Once Israel finally does that at His Second Coming (Zechariah 12:10), the nation will grow from the mustard seed that it is today into the mighty inheritor of that glorious future. That’s the Israel I’m looking forward to.

#Jesus desires to fulfill His promises to the Jewish people, if only they would embrace Him as Messiah. #BibleProphecy Click To Tweet

The Miracle of Israel: Spiritual...