4. What are some of the most common or surprising misconceptions about angels?

When it comes to angels, I find most people really (really, really, really) do not understand angels very well. We each come at the subject with wildly different preconceptions. Angels, in truth, are not a bunch of blond, curly-haired dudes sporting white togas who sit around on clouds singing old hymns to God all day long. Actually, angels are very, very far from that children’s book imagery.

Most have ideas like I once had when I leaned heavily upon the classically illustrated children’s books from my parent’s generation. They depicted these celestial beings as Caucasian men with curly blond hair, sporting two feathery white wings. They usually had a golden metal halo floating above their heads. They possessed tall and stoic demeanors, and were always clad in white robes of the ancient Roman toga fashion.

Likewise, whereas I grew up believing all angels to be of this description, I also pictured demons as they are popularly characterized as red-clad, goateed charlatans possessing long, pointy tails and carrying three-pronged pitchforks. As comic as this imagery is grim, I soon discovered that the true appearance of demons is far worse! 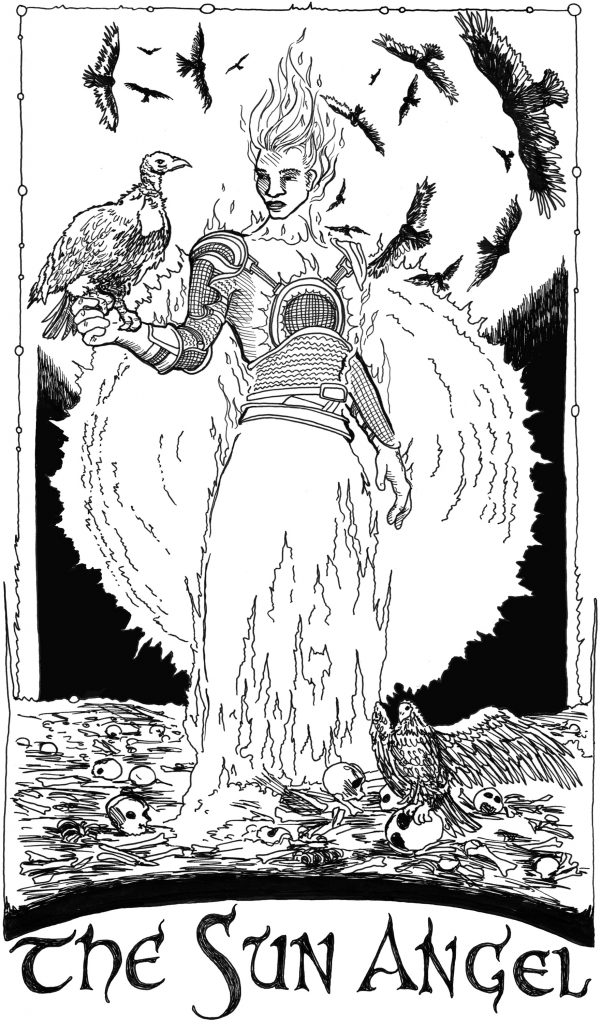 The more I studied The Mighty Angels of Revelation, the more I learned that angels come in many different shapes and sizes. They are far from stereotypical, nor are they uniform in appearance. While many can and do appear as humans, others exist as actual forces of nature, such as the Angel of the Waters, and still some are animalistic in appearance, such as the Vulture Angel. Some have wings, but not all, which is a surprise to many people. Some are even large enough to step across the seas. And, some even appear to be made of fire!

Angels in their true forms appear nothing like what we tend to imagine. They are so wondrous that even John lost his head twice and was about to worship them. Fortunately, despite all of their massive power, the angels are incredibly humble and only seek worship to flow to God alone. Their abject humility was the most surprising thing I discovered about them.

In the fifth part of this interview with author Nathan Jones, we’ll explore if angels actively minister today.