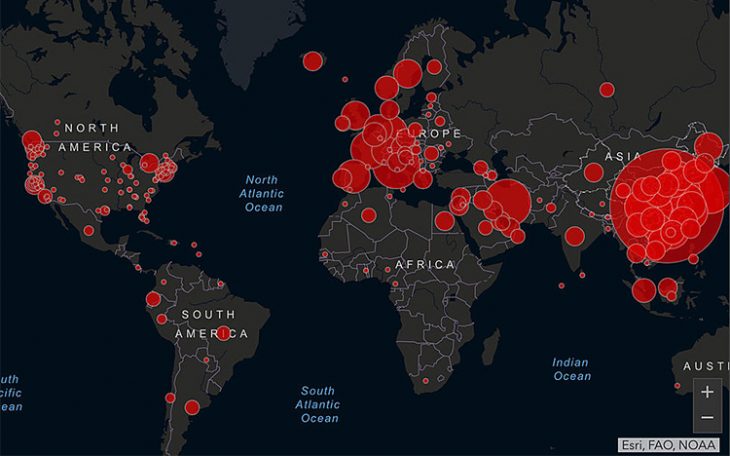 “Look among the nations! Observe! Be astonished! Wonder! Because I am doing something in your days — you would not believe if you were told” (Habakkuk 1:5).

Over 2600 years ago, Habakkuk complained to God that His chosen people Israel was flaunting their sinfulness. The prophet asked for a little remedial judgment — a wake-up call — to rouse the people from their sinful stupor.

God responded that He was not merely going to send a small correction, He was going to pour out wrath in the form of an invasion by the Chaldeans — an even more wicked but dread enemy. Habakkuk was shocked!

The year 2020 began with great promise. With a booming national economy, incredibly low unemployment, and no storm clouds on the horizon, visions of hope and optimism abounded. But, by March and April, the wheels had come off. An unseen virus blossomed into a global pandemic that shut down travel and commerce and continues to devastate the American economy.

While that is bad enough, this could be only the beginning of the corrective judgments about to befall America and the world. From a geopolitical perspective, other trends and developments point to grave possibilities lurking on the horizon. The Coronavirus pandemic could spark a much greater conflagration.

Tim Moore: From a geopolitical perspective, other trends and developments point to grave possibilities lurking on the horizon. The #Coronavirus pandemic could spark a much greater conflagration. Click To Tweet

First, China stands to lose not only tremendous “face” from its handling of this situation, but they also are likely to experience a dramatic contraction of their famously booming economy. Individuals, businesses, and entire Western nations are likely to look for another supplier in the months to come — meaning that Chinese exports will be hammered. Others will make good on the threat to hold them financially accountable. The ensuing fiscal impact will put their economy in a tailspin and place the Chinese Communist Party under extreme pressure. When that happens, they are likely to react as despotic regimes always do — by blaming the great external “other” for their woes. Military hardliners have already advocated provoking a confrontation with the United States in order to assert ascendency in the South China Sea and Western Pacific Ocean, specifically recommending the sinking of an American aircraft carrier. Given an opening, they will push to pursue such a destabilizing path.

Second, it is being reported that North Korea’s Kim Jong Un is in serious to critical condition following a cardiovascular procedure. If he dies or becomes incapacitated, it is likely that his sister will assume power. But, she will be surrounded by radicalized hardliners who may also see the need to distract the North Korean people by stoking their hatred for an external foe. Once again that could lead very quickly to an escalation of conflict in a region where the repercussions could be devastating.

Third, in the midst of its own unchecked pandemic, Iran will face the same domestic criticisms of its heavy-handed, isolationist policies. The Ayatollah is already trying to blame the United States for its economic woes. An outcry over mounting Coronavirus deaths may cause him to seek an external distraction. He may direct his terroristic Revolutionary Guards to provoke a conflict with the US — or even launch an attack on Israel while it too is distracted by the virus. Iran’s semi-successful launch of a satellite has highlighted its potential ICBM threat. Recent Iranian harassment of US naval vessels and subsequent US threats have already ratcheted up the tension dramatically.

Fourth, Russia continues to triangulate itself against the West in general and the United States in particular. With its own Coronavirus woes and oil revenues depressed, Vladimir Putin will be eager to distract his people and stir the pot. While he may not contest the US directly, he will be more than willing to foment any instability that might undermine American power. In other words, he’ll be glad to pour gas on whatever fire he thinks might burn the United States.

My point is while most people are focused on the public health and economic implications of this pandemic here at home, our adversaries are likely to lash out when their autocratic leaders feel pushed in a corner. People forget that from Japan’s perspective, the US embargo on oil and other supplies forced it to try to neutralize the threat to its national security and growth in late 1941. I believe it is quite likely that we could see a similar scenario develop this year — with consequences that would be just as cataclysmic at WWII.

All or none of these worst-case scenarios could come to pass. Either way, I believe that the downward spiral we’ve witnessed for the past 40 years will pick up speed in the months to come. Sadly, even as that happens, Christians will be further marginalized by our secularized society.

Even Andrew Cuomo’s God-offending statement in late April did not spark an outcry of outrage. When taking credit for the reduction in new cases in New York, he said, “We brought the number down.” Then he stressed: “God did not do that. Faith did not do that. Destiny did not do that.”

I am an eternal optimist, but try to be biblically realistic when discerning trends in the world. We are on the brink of a cataclysm far more impactful than even the national shutdown this Coronavirus has caused.

As we live through this season when the world is on edge, we can cling to the truth God revealed to Habakkuk: “The righteous will live by faith” (Habakkuk 2:4 and cited by Paul in Romans 1:17).

If any of this comes to pass, I will not take solace in my foresight. Instead, I’ll simply redouble my effort to declare the Lord’s soon return — pointing others to the blessed hope of the Rapture. I’m looking forward to that glorious day!