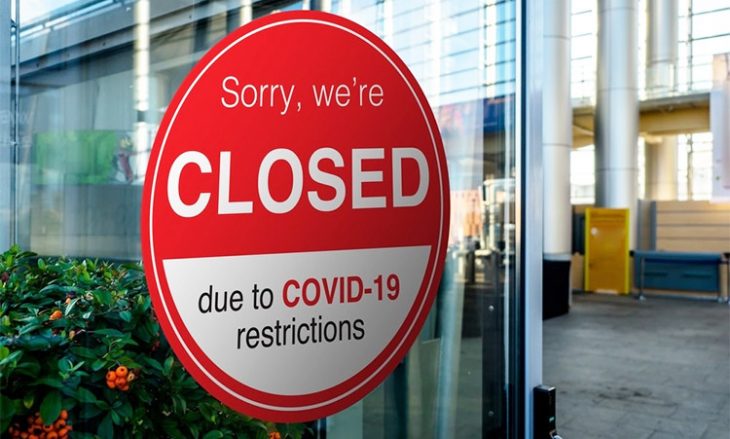 Many years ago, I had a conversation with a rancher from West Texas who specialized in raising goats. I asked him if he had ever considered raising sheep. He responded with a loud and firm, “NO!”

When I asked him why he was so emphatic about not having anything to do with sheep, he said, “Let me explain to you the difference between sheep and goats. A goat is born looking for something to eat. A sheep is born looking for a place to die. Sheep are God’s dumbest animals.”

Now, I am no expert on either sheep or goats, but everything I have heard since that time from sheep experts has confirmed the rancher’s observation. For example, one of my favorite Christian books is the classic that is titled, A Shepherd Looks at Psalm 23, by Phillip Keller. The author spent many years raising thousands of sheep in South Africa. He makes it clear in his remarkable book that sheep must have a shepherd’s care 24/7 — all because they are too stupid to survive on their own.

This conclusion was reinforced to me by a guide I used for many years in Israel. He was born and raised in Florida. When he made aliyah to Israel, he worked on a kibbutz (a collective farm) for several years before becoming a tourist guide. His job at the kibbutz was serving as a shepherd. He could tell you horror stories all day long about the stupidity of sheep — about how they were totally dependent on a shepherd for their survival.

All of which reminds me of the radically different response in our nation’s history to two major natural disasters.

The greatest weather-related natural disaster in our nation’s history was the Galveston Hurricane of August 1900. It produced a storm surge so great that a monster wave swept over the entire Galveston island. The result was 6,000 to 10,000 deaths.

The survivors went to work immediately to recover from the disaster. They divided into work groups with different assigned tasks. One was responsible for gathering dead bodies. Another had the responsibility of taking the bodies out to sea and dumping them — until it was decided the bodies had to be burned because they kept washing back onshore.

Another group was given the task of clearing all the debris. While they worked on that project, an additional group started hauling in dirt, with the goal of raising the elevation of the island. Meanwhile, plans were being made for the construction of a sea wall.

There was no state aid. Federal aid was unheard of. It was a matter of self-help or no help at all.

One hundred years later, in 2005, Hurricane Katrina devastated New Orleans. The response? People stood in the water and asked over and over, “Where’s the government? When are they coming to rescue us? Don’t they care for us?”

That is a vivid contrast. It’s goats versus sheep.

Yes, we are to be sheep when it comes to our relationship with God. We are to be submissive and obedient to His Word and dependent on Him.

But we are to be goats when it comes to government, lest our precious rights and freedoms dissipate like an early morning fog exposed to the sun.

David Reagan: We are to be goats when it comes to government, lest our precious rights and freedoms dissipate like an early morning fog exposed to the sun. Click To Tweet

Does fear justify giving up living? Does it warrant surrendering our constitutional freedoms — freedoms so many have died to preserve?

Do a few extra dollars justify becoming serfs of the state? That’s happening right now in our nation. Our Congress, in its madness to buy votes, passed a stimulus bill that added $600 per week to state unemployment benefits. Thus, if a state pays $350 per week, that means an unemployed person will receive $950 per week! If a person was making $15 per hour (and most were making less than that), their gross income per month was $2,400. Under the federally subsidized unemployment insurance plan, they will take home $3,800 a month! I ask you, what incentive will they have to go back to work?

All across our nation, employers are finding it difficult to hire the workers necessary to reopen their businesses. The sad thing is that so many people on unemployment would rather sit at home and be couch potatoes, living off the government, than give up their government dole and go back to work.

Where is the self-reliant, god-fearing, pioneer spirit that made this nation great? It is dead, and the power-hungry Socialists are only too glad to step into the vacuum and supply your every need at the cost of your individual freedom.

And as this willing dependence on government grows, you can be absolutely certain that the godless Socialists will begin to limit the free exercise of religion because they hate Christianity and all that it stands for.

They will declare preaching against abortion and homosexual “marriage” to be hate speech. They will demand that churches and ministries endorse such abominations or lose their tax-exempt status. Employment with government at all levels will depend upon signing a statement endorsing practices that violate God’s Word.

Are you willing to take a stand for liberty? Even more important, are you willing to suffer persecution for God’s Word? When the crackdown on Christianity intensifies, as it will, forcing us to keep our religious beliefs within the walls of our churches, are you going to be willing to say to government officials (as Peter and the Apostles did): “We must obey God rather than men” (Acts 5:29)?

With respect to government, are you a sheep or a goat?