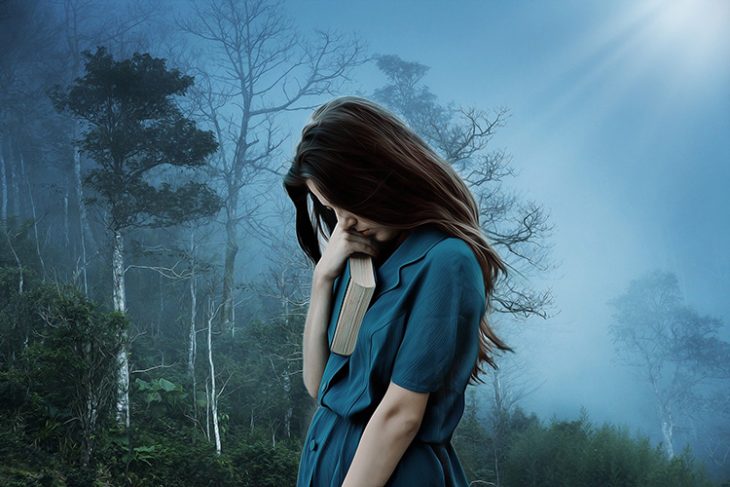 In a previous article, I challenged the cultural wisdom that “we’re all in this together” relative to the current COVID crisis. I pointed out that elected leaders have clearly picked winners and losers as they’ve chosen to shut down our society and undermine our economy. With little real scientific evidence, they’ve touted Science as the justification for policies that have been uneven in their impact across our country.

I emphasized the reality that Christians are not of the world even as we suffer while in the world. But, there is a flipside to the COVID coin that we must recognize. The stay-at-home mandates and forced closings have created an unprecedented period of isolation for many people. The impact of that isolation may prove to be calamitous!

When God created Adam, He intended for Adam to enjoy an ongoing relationship with Him. It has been argued that God’s motivation for creation stemmed from His relational nature. The triune God, Who enjoyed eternal fellowship between His three persons, desired to share His love with created beings capable of appreciating and reciprocating that love. And, He granted those creatures free will so that their relationship with Him was not a mere reflexive or involuntary response.

In spite of the fullness of relationship Adam enjoyed with God, the Lord declared that it was not good for Adam to be alone. That was the first pronouncement that anything was lacking in God’s created order after six creative days when all of God’s creation was deemed “good.” The peril of being alone in the physical world was so great that God determined to create a suitable partner for the man.

Again, each day God looked upon His progressive creation and declared it “good”. Only after the created order was complete with a man and a woman — a pair designed for intimate fellowship — did not look upon all that He had mand and recognize it as “very good” (Genesis 1:31).

The ideal of marriage as established in the second chapter of Genesis was upheld by Jesus Himself. Challenged to rule on a question of divorce (the breaking of a marriage), Jesus reaffirmed the design of God — a sacred covenant creating unity from disunity.

The Peril of One

Scripture contains many examples of how vulnerable a person is when they are alone, or at least perceive themselves to be isolated. David understood loneliness. He wrote, “Turn to me and be gracious to me, for I am lonely and afflicted. The troubles of my heart are enlarged; bring me out of my distresses” (Psalm 25:16). When Jeremiah was cast into a pit, his enemies intended his isolation to result in death (Jeremiah 38:1-12).

Others isolated themselves in their own minds, refusing the wisdom of godly counselors. Saul clearly exhibited a madness that stemmed from his self-centered paranoia. Jonah ran away from God’s call on his life and his own people — down, down, down until he was cut off from the world in the belly of a great fish. On the heels of a great spiritual victory, Elijah succumbed to an epic pity-party when he cried out, “I alone am left; and they seek my life, to take it away” (1 Kings 18:10, 14).

Perhaps the ultimate example of wrong thinking that stems from isolation is Judas Iscariot. Although included in the twelve that Jesus called, he pursued a solitary path that ended in his betrayal of the Lord. What feverish thoughts must have filled his mind as he convinced himself that his was the right course of action? Faced with the horror of the tragic choice he made, Judas cast away his blood money and hanged himself.

Satan has always known that men and women are most susceptible to him when they are isolated and alone. He came to Eve while she was in the garden alone. He even came to tempt Jesus when He was alone in the wilderness. I realize that Jesus was communing with the Father, but the principle holds. Satan may “prowl around like a roaring lion, seeking someone to devour” (1 Peter 5:8), but he tries to cull sheep out from the flock so he can pounce on those who are separated and alone.

Numerous modern examples also abound. When I served in the Kentucky state legislature I secured the passage of several resolutions calling for the release of Pastor Saeed Abedini from prison in Iran. Following his release, Abedini testified that, although he was beaten by interrogators, the greatest torture was the sense of isolation. Pastor Andrew Brunson was held in Turkey for almost two years, falsely accused by secret witnesses of crimes against the state. At the depth of his imprisonment, he was not allowed visitors and could not even look around at his staged court hearings to see that friends and even members of Congress were present to offer moral support. He lost 50 pounds as he languished in prison, and testified to me that there were moments of mental confusion and spiritual despair when he contemplated suicide. 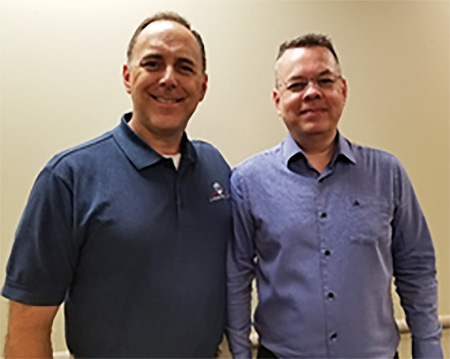 The military has long understood the perils of isolation. Boot camp is meant to instill a lasting appreciation for the importance of working as a team. Fighter pilots stress the importance of “mutual support” and never fly combat missions with less than a two-ship formation — just as Jesus sent His disciples out in pairs (Luke 10:1). When I worked as an interrogator training young airmen, we purposefully isolated them to soften up their defenses — driving home the lesson that solitude should always be avoided.

And yet, too many believers have been duped into believing that “lone wolf Christianity” is somehow biblical or healthy. Their “me and God” attitude flaunts a disconnectedness from the body of Christ that runs counter to the design established by God. Isolated from the warm fellowship and accountability of other brothers and sisters in Christ, we soon grow cold like embers pulled from a fire. And, for those few who might counter that their faith is strong enough to go it alone, I would ask how you can be obedient to “stimulate one another to love and good deeds” and “encourage one another” if you forsake assembling together, as the author of Hebrews advocated (Hebrews 10:23-25).

The Christian Response to Social Isolation

For a short time, hunkering down to minimize a public health crisis may be acceptable. It may even be wise to wear a mask or bathe in hand sanitizer while in certain settings. But, stretching a social isolation mandate for months threatens to tear the bonds that hold our society together. And, there are other clear risks involved. Dr. Matthew Nock, a psychology professor at Harvard, said: “From before to after COVID-19, we’re seeing increases in suicidal thinking among adults that are predicted by increases in feeling isolated.” In one Tennessee county alone, eight people committed suicide in one two-week period early in the mandated statewide lock-down, even though nobody there died of the virus.

We were not made to be isolated or alone. Not only is it dangerous to our health, it is dangerous to our thinking. Without others to balance and check our thoughts, individuals can quickly veer off into wrong-minded thinking. Just consider how much of that flows on social media from people who spend far too much time alone with their thoughts — and their computer.

As Christians we are never truly alone. In the Old Testament, God assured Israel: “Be strong and courageous. Do not be afraid or terrified because of them, for the LORD your God goes with you; He will never leave you nor forsake you” (Deuteronomy 31:6). Jesus said, “And, lo, I am with you always, even to the end of the age” (Matthew 28:20). But, His design for us is to stay connected with other believers in a relationship of mutual support. Even now, the place Jesus prepares for us is like a room in a great celestial mansion, where we will dwell with Him forever in close proximity with all the saints in glory.

So, far from discontinuing our habit of assembling together, we should insist on remaining faithful to our call as Christians. As citizens of the Kingdom of God, our connection to the Body of Christ must be cherished and practiced. And, if any self-proclaimed potentate says, “you can’t be doing that,” we must graciously respond like Peter and the apostles did: “We must obey God rather than men” (Acts 5:29).

My favorite passage in Hebrews is 10:23-25. The writer commends us to “hold fast the confession of our hope without wavering” even as we stimulate and encourage one another. But, he closes with a truth that is increasingly timely and yet demands us to be focused in our spiritual discernment. We are commanded to do these things “all the more as [we] see the day drawing near.” The signs of the times are plain for all who have eyes to see. As we await the arrival of the Bridegroom, let’s keep our lamps burning brightly and stay connected to the bride that cries, “Come” (Revelation 22:17).

The Church’s One Foundation
(1st and 3rd verses)
Lyrics by Samuel Stone, Music by Samuel Wesley

The Church’s one foundation is Jesus Christ her Lord;
She is His new creation by water and the Word;
From heav’n He came and sought her to be His holy Bride;
With His own blood He bought her, and for her life He died.

‘Mid toil and tribulation, and tumult of her war,
She waits the consummation of peace for evermore;
Till, with the vision glorious, her longing eyes are blest,
And the great Church victorious shall be the Church at rest.